Find out where these nocturnal creatures go when the sun goes down.

Have you ever wondered where your pet lizard goes when the lights go out? Do they climb up the walls to find a dark corner to hide in? Or do they just curl up under their rock and go to sleep?

As it turns out, lizards are relatively dormant at night. They don’t move around much, and they don’t eat. So what do they do?

Most lizards spend their nights in hiding. They will find a dark corner or burrow to curl up in and wait out the night. Some lizards, like geckos, will even go so far as to change the color of their skin to match their surroundings and better camouflage themselves.

Lizards are cold blooded animals, so they rely on the sun to warm their bodies. At night, when the temperature drops, they need to find a way to stay warm. Huddling in a small space helps them retain heat, and curling up into a ball minimizes their surface area so that less heat is lost.

So next time you see your lizard basking in the sun during the day, remember that at night they’re probably just trying to stay warm!

The Science Of Lizards

Lizards are a type of reptile that can be found in a wide range of climates and habitats all over the world. As ectotherms, or “cold-blooded” animals, lizards rely on external sources of heat to regulate their body temperature. This means that they are most active during the day when the sun is out and they can bask in its warm rays. But what do lizards do at night when the temperature drops and they can no longer rely on the sun to keep them warm?

There are a few different strategies that lizards use to survive the cold night hours. Some species will bury themselves in deep burrows underground where the temperature is more stable. Others will find a spot beneath a rock or log where they can curl up and stay hidden from predators. And some lizards, like the common house gecko, will spend the night inside buildings where it is warm and safe.

Whatever strategy they use, lizards must be careful not to get too cold at night or they will enter a state of torpor. This is a type of hibernation in which the lizard’s body functions slow down drastically in order to conserve energy. The lizard’s heart rate will drop, its breathing will become shallow, and it may even enter a state of suspended animation until conditions are more favorable again.

So next time you see a lizard basking in the sun, remember that it’s not just trying to get a tan – it’s trying to stay alive!

The Benefits Of Lizards

Lizards are great for your garden! These scaly critters eat a variety of insects, including many that damage plants. Lizards will also eat spiders, small snakes, and other lizards. In addition to being voracious predators, lizards also help aerate soil and disperse plant seeds.

The Different Types Of Lizards

So, as you can see, there is no one answer to the question ‘Where do lizards go at night?’ It all depends on the type of lizard you’re talking about!

The History Of Lizards

Lizards are a type of reptile that can be found all over the world. Green lizards are the most common, but there are also brown, gray, and black lizards. Some lizards can grow to be more than two feet long, but most are less than a foot in length. Some types of lizards can live for more than 20 years, but most only live for five to 10 years.

Lizards have been around for a very long time. The first lizards appeared on Earth more than 200 million years ago, during the Triassic Period. At that time, there were many different types of reptiles, including dinosaurs. Some dinosaurs may have even been related to lizards.

Today, there are more than 5,600 different species of lizard alive in the world. Lizards live in warm climates all over the world, including Africa, Australia, Central America, South America, Asia, and the Pacific Islands.

The Myths About Lizards

Lizards are often feared because of their scaly skin and their quick movements. Some people believe that lizards are poisonous, but this is not true. In fact, lizards are harmless to humans and can even be helpful in controlling pests.

One of the most common myths about lizards is that they only come out at night. This is not true! Lizards are active during the day and night. However, they tend to be more active during the warm hours of the day when it is easier for them to find food

Lizards are also believed to be able to detach their tails as a means of escape. While it is true that lizards can shed their tails, they do not do so willingly. Tails are shed when lizards are grabbed by the tail or when they become caught on something. The ability to shed their tails gives lizards a chance to escape from predators, but it comes at a cost. Lizards that lose their tails will often have a regrowth that is shorter and thinner than the original tail.

Lizards are often feared because of their scaly skin and their quick movements. Some people believe that lizards are poisonous, but this is not true. In fact, lizards are harmless to humans and can even be helpful in controlling pests

The Facts About Lizards

Lizards are reptiles of the order Squamata, which also includes snakes. Lizards typically have four legs, external ears, and movable eyelids. They are usually quick on their feet and spend time basking in the sun or hiding in shady spots. Some lizards can shed their tails if predators grab them by the tail.

Lizards are found all over the world and can live in a variety of habitats, from deserts to rainforests. Some lizards, like geckos, can even climb walls and walk across ceilings!

At night, lizards often retreat to burrows or hidden spots to sleep or avoid predators. Some lizards, like chameleons, may even sleep hanging upside down from tree branches!

The Care Of Lizards

Lizards are interesting creatures that come in all shapes, sizes, and colors. They can be found on every continent except Antarctica. Some lizards can even change color! Lizards make great pets, but they do require some special care.

Here are a few things to keep in mind if you are thinking about adopting a lizard:

-Lizards are carnivores and require a diet of live insects. Feeder insects can be purchased at most pet stores.
-Lizards need a warm environment and should be kept in an enclosure that has a temperature gradient so they can thermoregulate. A basking light can be used to create the warm end of the gradient.
-Most lizards need UVB light to help them metabolize calcium and prevent metabolic bone disease. You will need to purchase a special bulb designed for reptile enclosures.
-Lizards shed their skin as they grow. This process is called ecdysis. They will often eat their shed skin as it is a good source of nutrients.

The Future Of Lizards

As the sun sets, many lizards begin to scurry away to their hiding spots. But where do they go? And what do they do when they get there?

Lizards are nocturnal animals, meaning that they are most active at night. During the day, they often hide in burrows or under rocks to avoid the heat of the sun. At night, they come out to hunt for food and mate.

There are more than 5,000 species of lizards in the world, and each one has its own unique habits. Some lizards, like geckos, live in trees and eat insects. Others, like Komodo dragons, hunt larger prey. But all lizards share one common trait: they are cold-blooded animals, meaning that their body temperature changes with the temperature of their surroundings.

As the climate changes and the Earth gets warmer, lizards will likely become more active during the day and less active at night. This could have a major impact on their food sources and on the ecosystems where they live.

As it turns out, there is no one answer to this question. Different types of lizards have different habits, and even within the same species, there can be a lot of variation. Some lizards are active during the day and sleep at night, while others are the opposite. Some lizards change their behavior depending on the season, and some stay active all ear long.

So if you’re wondering where your pet lizard goes when the sun goes down, the best thing to do is ask your vet or do some research on your particular species. And if you’re ever out hiking at night and come across a lizard, don’t be afraid to give it a good ol’ belly rub — they probably enjoy that just as much as we do! 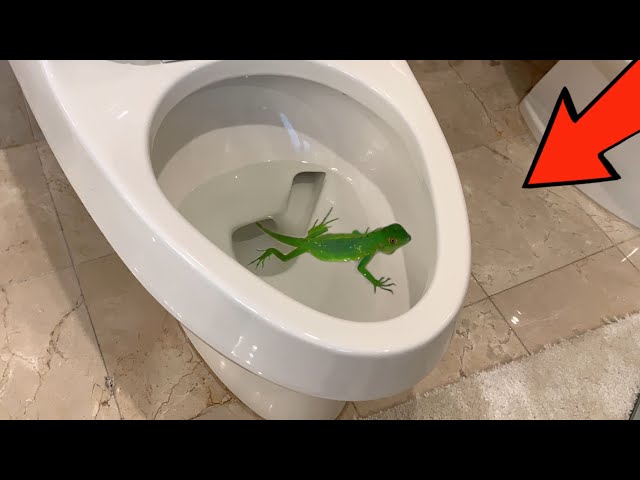