Bearded dragons are a type of lizard that is popular as a pet. They are native to Australia and have become popular in the United States.

Bearded dragons are one of the most popular pets in the reptile world. They are easy to care for and have gentle personalities, making them a great choice for first-time reptile owners. If you are thinking about breeding your bearded dragon, it is important to know when their breeding season is.

Bearded dragons are seasonal breeders, meaning that they only breed during certain times of the year. In the wild, their breeding season is triggered by changes in temperature and day length. Captive dragons typically follow a similar schedule, although there may be some variation depending on the individual dragon.

The exact timing of the breeding season varies depending on the geographical location of the bearded dragons. In Australia, where they originate from, the breeding season typically occurs between September and March. InCaptive dragons in North America usually breed between February and August.

If you are thinking about breeding your bearded dragon, it is important to consult with a reptile veterinarian or experienced breeder to get specific advice for your situation.

What is the Bearded Dragon Breeding Season?

During the Bearded Dragon breeding season, male dragons will exhibit a number of behaviors that indicate their readiness to mate. They may become more aggressive, start to flare their beards, and may even start wrestling with other males. If you have multiple males in your care, it is important to keep an eye on them during this time so that they do not hurt each other.

Female Bearded Dragons will also show signs that they are ready to mate. Their bodies will become larger and they may start to lay more eggs than usual. If you have a female dragon that you think may be ready to mate, it is important to bring her to a males attention so that he can attempt to court her.

Once mating has occurred, the female dragon will lay a clutch of eggs a few weeks later. These eggs will need to be incubated so that they can hatch successfully. Once hatched, the baby dragons will need to be cared for until they are old enough to fend for themselves.

When is the Bearded Dragon Breeding Season?

The Bearded Dragon breeding season typically runs from late spring to early summer. This is when the weather is warmest and the days are longest, which encourages mating activity. If you live in an area with a temperate climate, you may be able to extend the season by keeping your dragons indoors during the cooler months.

Bearded dragons are native to Australia and are popular pets in many parts of the world. If you’re thinking of breeding bearded dragons, it’s important to know that the process can be complex and time-consuming.

The bearded dragon breeding season typically runs from October to March, although it can vary depending on the geographical location. Breeding usually takes place after a period of Courtship, which itself can last several weeks. During this time, the male will court the female by bobbing his head and waving his beard back and forth. If the female is receptive, she will allow him to approach her and mate.

Once mating has occurred, the female will lay a clutch of eggs two to four weeks later. These eggs will be incubated for 60-70 days before hatching. The hatchlings will be tiny (around 3-4 inches long), but they grow quickly; they’ll be fully grown in around 18 months.

Breeding season for bearded dragons typically occurs in the spring and summer. However, if the conditions are right, they can breed year-round. The female will lay a clutch of eggs, which the male will then fertilize. The eggs will incubate for about two months before hatching.

If you are thinking about breeding bearded dragons, it is important to do your research beforehand. Make sure you have proper housing and food for both the adults and the babies. It is also important to find a good vet who can help you with any health problems that may arise.

Bearded dragons are sexually dimorphic, meaning that males and females can be easily distinguished by physical appearance. Males are usually larger than females and have curved claws on their front legs, while females have straight claws. Males also have a wider head than females, and their tails tend to be thinner and longer.

During breeding season, which usually occurs between spring and summer, males will become increasingly aggressive as they compete for mates. Females will begin to select mates based on size, strength, and other factors.

Once a female has chosen a mate, the two dragons will engage in a courtship dance that involves circling each other, bobbing their heads, and inflating their beards. If the female is receptive, she will allow the male to mount her and the two will mate.

Mating typically lasts for about 15 minutes, after which the female will lay a clutch of eggs (usually 20-40). The eggs will incubate for about 60-90 days before hatching.

Bearded dragons are a type of lizard that is popular among pet owners. These lizards are native to Australia and have been introduced to other parts of the world through the pet trade. Bearded dragons make popular pets because they are relatively docile and easy to care for.

Bearded dragons typically reproduce once a year, with breeding season occurring between spring and summer. Female bearded dragons will lay a clutch of eggs ( typically between 20 and 30 eggs ) which will hatch approximately two months after being laid.

If you are interested in breeding bearded dragons, it is important to provide them with suitable housing and environmental conditions during the breeding season. This includes ensuring that there is a temperature gradient within the enclosure so that the lizards can thermoregulate, as well as providing hiding in-his-cave/’>hiding places and plenty of food.

Bearded dragons are lizards that are native to Australia. They get their name from the spines that protrude from their necks and backs, which look like a beard. Bearded dragons are popular pets because they are relatively low maintenance and can live for upwards of 20 years. If you’re thinking about breeding bearded dragons, it’s important to know that there is a specific breeding season.

Bearded dragon breeding season occurs in spring and summer. The female will lay a clutch of eggs, which will hatch approximately two months later. The hatchlings will be about 6 inches long and will be independent from their parents immediately. If you’re thinking about breeding bearded dragons, it’s important to have a plan for what you’ll do with the hatchlings.

Bearded dragons are easy to care for and make great pets. They are social creatures that do well in pairs or small groups. If you are considering keeping more than one bearded dragon, it is important to know that they can be aggressive towards each other, especially during breeding season.

Bearded dragons are native to Australia and can be found in a variety of habitats, from arid deserts to rainforests. In the wild, they typically live for 5-8 years, but in captivity they can live for 10-12 years or longer.

When kept as pets, bearded dragons need a warm and humid environment. A glass aquarium with a screen lid is a good choice for housing one or two bearded dragons. The tank should be at least 30 gallons for one dragon, and 50-60 gallons for two dragons. Larger tanks are always better, as they give the dragons more room to move around and explore. Bearded dragons are active during the day and should have a basking spot where the temperature is about 95 degrees Fahrenheit At night, the temperature can drop to about 75 degrees Fahrenheit.

Bearded dragons are omnivorous reptiles that eat both plants and animals. In the wild, their diet consists mostly of insects, but they will also eat small mammals, reptiles, and birds. In captivity, they can be fed a diet of crickets, mealworms, earthworms, pinkie mice (for adults), veggies (for juveniles), and occasional treats such as Wax worms or king worms. Feed your dragon 1-2 times per day based on their size; an adult dragon will eat about 10 crickets per day while juveniles should only eat 2-3 crickets per day.

Bearded dragon breeding season typically occurs between March and October in the northern hemisphere (September to April in the southern hemisphere). During this time, males will become increasingly aggressive towards each other as they compete for females. If you have multiple males living together, it is best to separate them during this time to avoid fighting

Bearded dragon breeding season varies depending on the geographic location, but is typically between March and October in the Northern Hemisphere. In the wild, female bearded dragons will mate with multiple males, and gestation takes approximately 60 days. 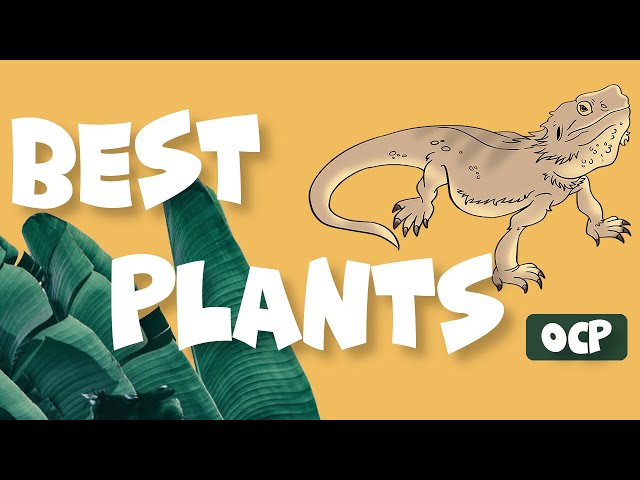 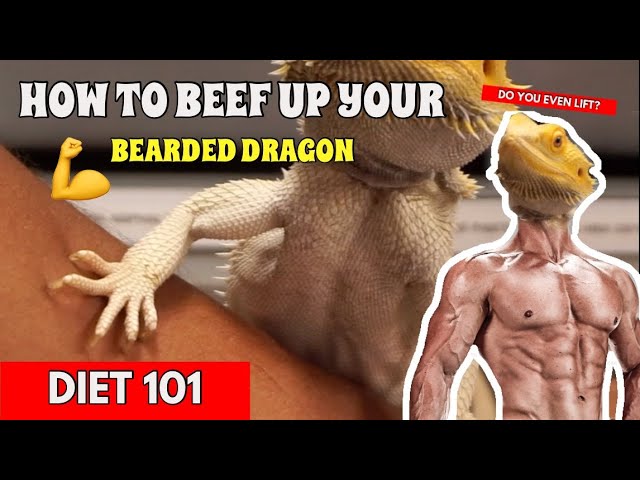 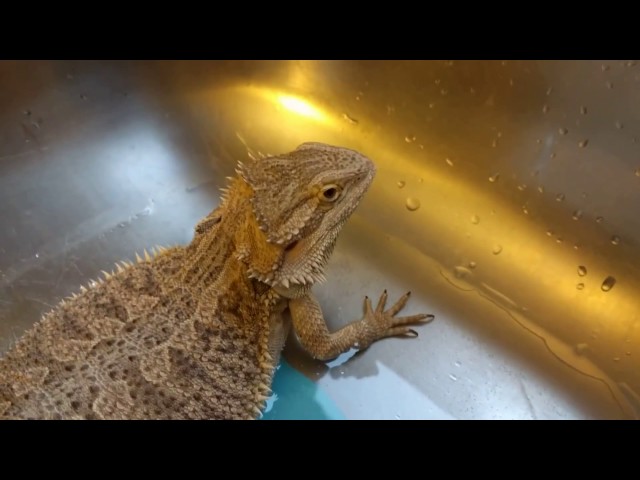 If your bearded dragon isn’t shedding, it could be a sign of poor health. Learn about the common causes of this problem and what you can do to help your pet. Checkout this video: Introduction Shedding is a process that all reptiles go through as they grow. It’s a way for them to remove old,… 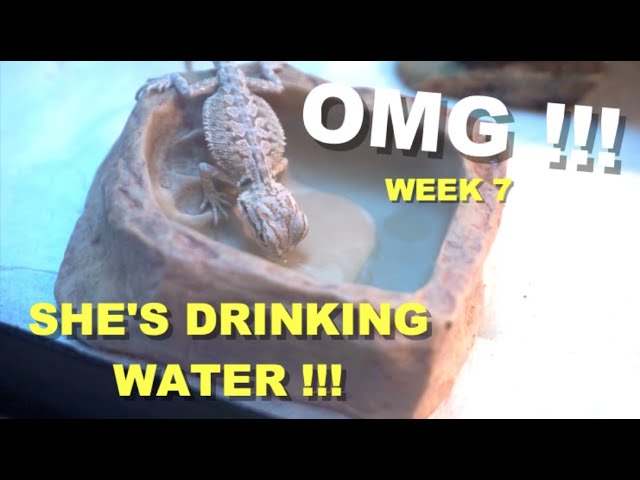 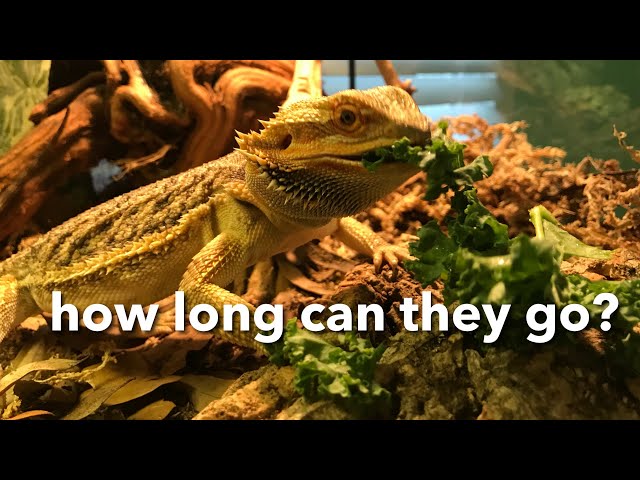 Bearded dragons are a type of lizard that is native to Australia. They are popular pets because of their docile nature and interesting appearance. One question that many people have about bearded dragons is how long they can go without heat. The answer to this question depends on a few factors, such as the age…