Leopard geckos are a popular pet, but how many can you have together? Find out the answer and get some tips on leopard gecko care.

Leopard geckos are lizards that are native to parts of Asia and Pakistan. These lizards have become popular pets in recent years due to their docile nature and ease of care. When Leopard geckos are kept as pets, it is important to provide them with the proper care and housing in order to ensure their health and wellbeing. One aspect of care that is often debated among leopard gecko enthusiasts is the question of how many Leopard geckos can be housed together.

There is no definitive answer to this question as it depends on a number of factors, including the size of the enclosure, the personality of the individual geckos, and whether or not they are of the same sex. In general, it is best to err on the side of caution and house no more than two Leopard geckos together. If you do decide to house more than two geckos together, it is important to closely monitor them for signs of stress or aggression.

leopard geckos are nocturnal lizards that are native to parts of Asia and Pakistan. In the wild, they typically inhabit dry, rocky areas with plenty of places to hide. When leopard geckos are kept as pets, they can live in a variety of different enclosures, as long as certain basic requirements are met.

Ideally, a leopard gecko habitat should provide enough space for the lizard to move around freely, a place to hide, and access to food and water. A 10-gallon aquarium is the minimum size enclosure that should be considered for one adult leopard gecko. If more than one gecko is going to be housed together, a larger enclosure will be necessary. It is also important to make sure that the enclosure has a tight-fitting lid to prevent escape.

Leopard geckos are relatively low-maintenance pets, but there are still some specific needs that must be met in order to keep them healthy and happy. A leopard gecko habitat should have a temperature range of 75-80 degrees Fahrenheit during the day and 60-65 degrees at night. A heat lamp can be used to create this temperature gradient within the enclosure. The habitat should also have a humidity level of 20-40%.

Leopard geckos are omnivorous lizards, so their diet should include both insects and vegetables. Live insects such as crickets or mealworms can be offered as food items, as well as pre-packaged freeze-dried or frozen foods designed specifically for reptiles. Vegetables such as spinach or kale can also be offered on occasion. A shallow dish of clean water should be available at all times for the leopard geckos to drink from.

Leopard geckos are insectivores and will consume a wide variety of insects including crickets, Dubia roaches, mealworms, superworms waxworms and hornworms. A good rule of thumb is to offer your gecko 10-12 insects per week for every inch that they measure from nose to vent. For example, a 3-inch long leopard gecko should be offered 30-36 insects weekly. All insects should be dusted with a calcium and vitamin D3 supplement prior to feeding

Leopard geckos are solitary creatures that live alone in the wild. They will only come together to mate, and even then, the male and female will go their separate ways afterwards. In captivity, leopard geckos can be kept together, but there are a few things to keep in mind in order to make sure everyone is happy and healthy.

First, it is important to know that leopard geckos are not social animals and they do not form bonds with other geckos like some other reptiles do. This means that they should not be kept together for companionship, but rather for the purpose of breeding. If you do not plan on breeding your leopard geckos, it is best to keep them separate.

Second, leopard geckos can be aggressive towards each other, especially if they are of the same sex. If you house two males together, they may fight for dominance which can result in injuries or even death. Females may also fight if they feel threatened or if they are competing for food. It is important to have a lot of hiding places available for your geckos so that they can escape from each other if necessary.

Lastly, leopard geckos need different diets at different stages of their lives. Juvenile geckos should be fed insects every day, while adults only need to be fed every other day. If you are keeping multiple leopard geckos together, it is important to make sure that everyone has enough to eat and that there is no competition for food.

If you decide to keep leopard geckos together, it is important to do your research and be prepared for potential problems. But as long as you provide them with everything they need, they can live happily together in captivity.

As long as there is enough food and hiding places, most leopard geckos will coexist without any problems. However, during the breeding season, one female may become territorial and attack another if she feels her space is being encroached upon. In general, though, a single male and two to three females can live together without incident.

Leopard geckos are generally long-lived pets. In captivity, they often live 20 years or more, and some have been reported to live up to 30 years.

Leopard geckos are generally healthy lizards. They are hardy animals that can live for many years with proper care. However, like all animals, leopard geckos can be subject to a variety of health problems. Some of these problems are caused by improper care, while others are simply a result of the animal’s natural biology.

One of the most common health problems seen in leopard geckos is metabolic bone disease. This condition is caused by a lack of nutrients, particularly calcium, in the diet. Metabolic bone disease can lead to deformed bones and Fragmented Shell Syndrome (FSS), a condition in which the lizard’s shell breaks apart.

Leopard geckos are also susceptible to respiratory infections, which can be caused by a number of factors, including poor cage ventilation and low humidity levels. These infections can be serious and even fatal if not treated promptly.

Another potential health problem for leopard geckos is obesity. Geckos that are overweight are more likely to suffer from health problems such as metabolic bone disease and respiratory infections. Obesity can also lead to difficulties in shedding properly, which can lead to further health problems.

Proper care can help prevent many of the health problems seen in leopard geckos. A well-balanced diet, proper cage setup, and regular vet check-ups can go a long way towards keeping your gecko healthy and happy.

Leopard geckos are relatively easy to care for and make great pets. They are native to the deserts of Asia and Africa and can live in a wide range of climates, but prefer warm, dry conditions. In the wild, leopard geckos live in small groups, but in captivity, they can be kept singly or in pairs.

There is no definitive answer to how many leopard geckos can live together. It depends on the size of the enclosure, the personality of the geckos, and other factors. A good rule of thumb is one leopard gecko per 10 gallons (38 liters) of enclosure space. If you have a larger enclosure, you can keep more than one leopard gecko, but be sure to provide hiding places so each gecko has its own space.

Leopard geckos are generally gentle creatures, but there can be exceptions. If you have two males, they may fight for dominance. If you have two females, they may also fight if there is not enough space for them both to have their own territories. If you are keeping more than one leopard gecko together, it is best to have them all housed together from a young age so they can form bonds with each other.

Yes, leopard geckos can live together. In fact, they often do better when they are living with other leopard geckos. This is because they are social creatures and enjoy the company of their own kind.

-What do leopard geckos eat?
Leopard geckos are insectivores and will eat a variety of small insects such as crickets, mealworms, and waxworms.

To sum it all up, leopard geckos can live together just fine as long as you introduce them properly and give them each their own hiding place and food dish. If you have two males, however, it’s best to keep them in separate tanks to avoid fighting. 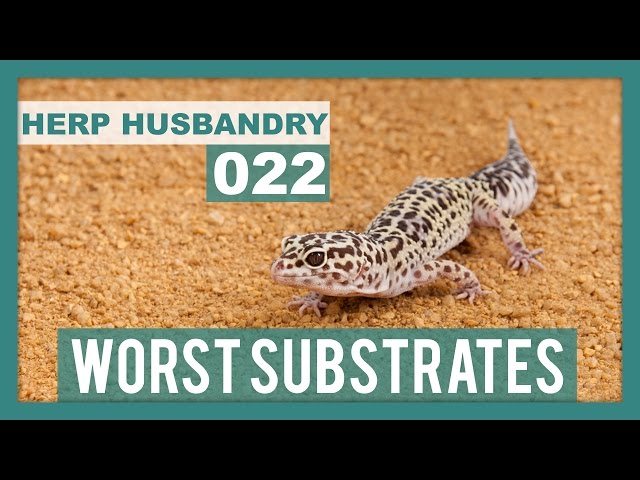 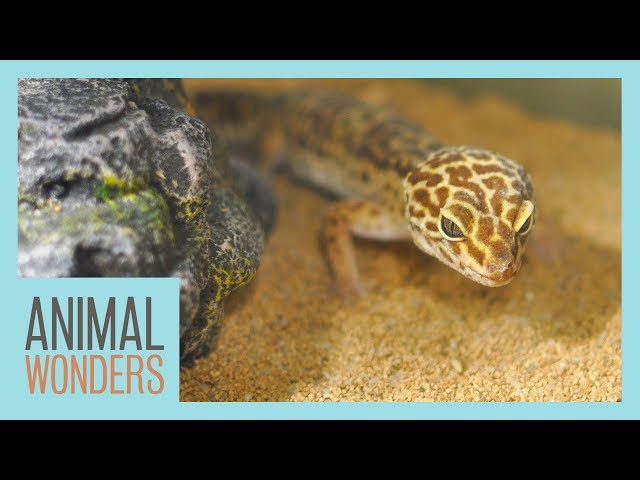 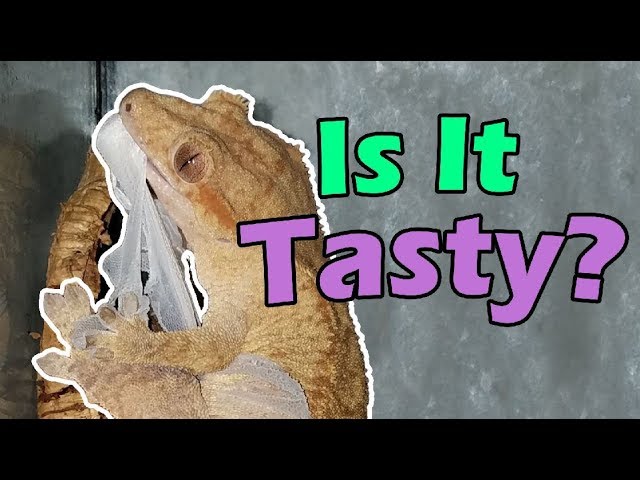 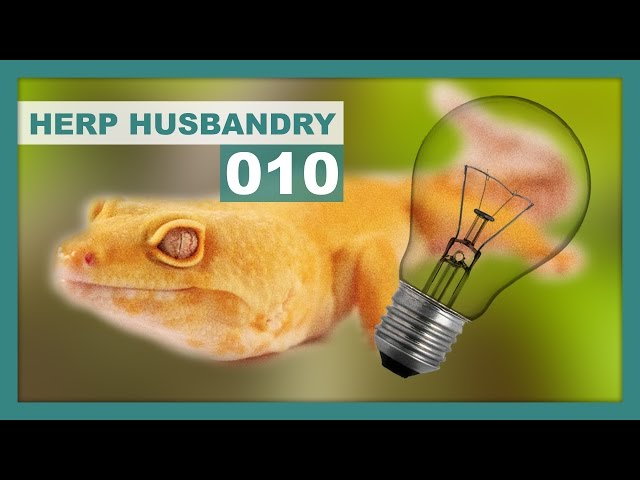