Bearded dragons constantly amuse us with the silly stuff they do. The first time you see his head bobbing, you can’t help but laugh. It may seem like what he’s doing has absolutely no purpose. So, you are left to think maybe he was a metalhead in a previous life? But that’s probably not why, so let’s check out the real reason for his head bobbing.

Why Bearded Dragons Bob Their Heads

Bearded dragons have a very interesting set of social gestures. If you get the wave, it’s to show their submissive. But if you get the head bob it’s for territorial or mating. Although, I think they also do it to show happiness. My youngest beanie “Speedy” occasionally head bobs after I give him his mealworms.

Bearded dragons like being the sole ruler of their domain, and when two meet in the wild, one will give a hand wave to show they are submissive and leave the area. But that doesn’t always happen, and If they both decide it’s their territory, they will start head bobbing. If neither backs down, it will result in a fight where the winner gets dominance and territory.

Females, for the most part, are generally more submissive, its usually slower, and more passive.

I have noticed, older beardies tend to head bob less often. I chalk it up to one of two things, they’re comfortable in their surroundings, or they finally realized they’re not going to get lucky.

So, if your bearded dragon that isn’t head-bopping, don’t worry your lizard isn’t broken. It just means he is the king of his enclosure, and content in his surroundings.

Why Does My Bearded Dragon Bob His Head at Me?

Well, it’s quite simple he’s telling you that he’s the boss of your house and everything inside it is his now.

Next time he bobs at you, do a beardie armwave back at him. If I do this to my beardie speedy I always get a “what? “, ” stupid human “ look back at me, and the bobbing stops.

Bearded Dragon Head Bobbing at Nothing

If he is head bobbing in his enclosure, he could be seeing his reflection. Oftentimes they view their reflection as another bearded dragon. Try covering the sides of his tank on the inside with some paper to stop the refection.

During spring (mating season) they tend to act crazier. They are experiencing hormone overload, head bobbing, color change, compulsive licking and being hyperactive are all signs he’s looking for a mate.

Should I Be Concerned?

Generally, head bobbing by itself is nothing to be concerned about. Now, if you notice he has a black beard or glass surfing, it can be a sign of stress. If you have any pets, I would suggest keeping them away from your beanie. Also, having another bearded dragon in the same room will cause your beardie to weave and bob. In the end, 9 times out of 10 it’s nothing to worry about.

There main reasons they do the head bob is to show dominance and mating. Though I like to think they do it for our enjoyment. Next time he does it join along with him. 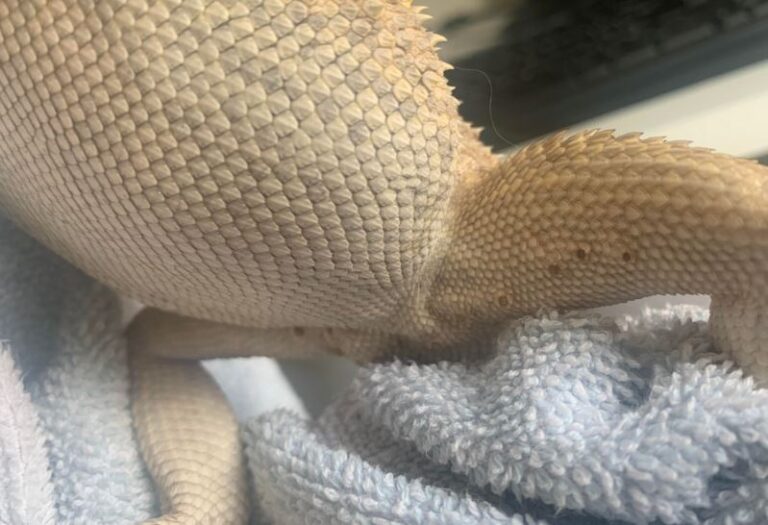 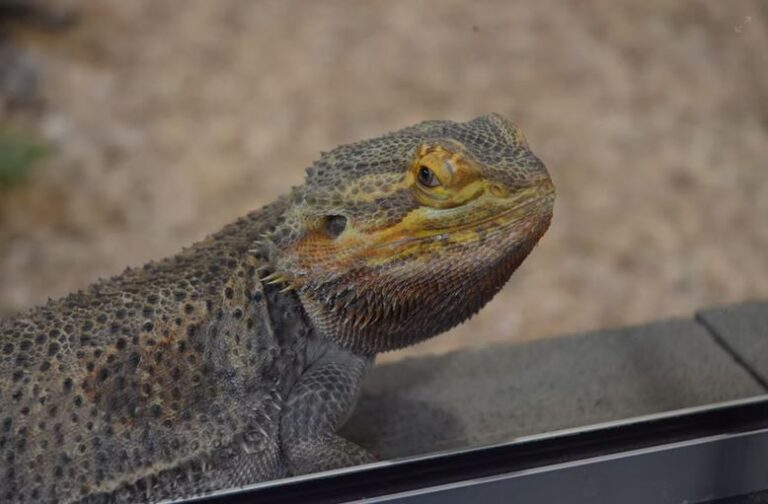 Anyone who has ever had a pet knows they can show some cute, odd, and at times perplexing behaviors. If you make a square with tape on your floor, cats will come over and sit inside the square. Ever notice how a dog will walk in circles before settling down for a snooze? Usually, it’s…